Not even 24 hours ago, I released a statement about the recent summit of Eastern Canada premiers to discuss health care reform options, which included privatization. A recent article by Saltwire’s Stu Neatby examines the King Government’s suspicious back-room actions towards further privatization.

Based on the report presented to the clerk of the executive council (Feb 20, 2022), it stated that then Deputy Minister of Health, Mark Spidel, had recused himself in 2020 from overseeing the launch of a mobile mental health unit in which Medavie played a significant part.

This is the same Medavie (private, multi-national company) that operates the Island’s ambulatory services (Island EMS). Mr. Spidel recused himself due to his brother holding a senior management position with Island EMS.

While it was reported that Mr. Spidel recused himself from the $2.95 million per year contract, Mr. Spidel seems to have had an issue with following ethical rules and regulations. Despite the Ethics & Integrity Commissioner, Sullivan Curly’s, advisement about Spidel’s role in setting up policy related to Medavie…including that of the mental health mobile unit, Mr. Spidel continued.

Despite all of this, Sullivan Curley’s report was only released to Saltwire after being with the Premier’s office for six months. This report also contained several redactions.

After the aforementioned “privatization-summit”, this story further exposes a dangerous direction in which the King government appears to continue to want to take us. Why are Island residents expected to do business with private entities like Medavie, who continue to operate in capital opportunist activities such as this?

Mr. Spidel knew exactly what he was doing, and it seems, Premier King did as well. Are PEI’s PUBLIC health care services for sale? I hope not! 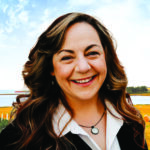 Michelle comes from an almost 30 year career in the federal public service. She’s held various roles including team leader and assistant manager. Shortly after starting her career, she quickly involved herself in her union as a local representative.