Premier Dennis King and his government have a great opportunity to take a fresh look at the past MacLauchlan government’s plan to provide the long overdue “High Speed” Internet to rural P.E.I.

Rural residents and businesses have been left behind even years after government had shelled out millions to Bell for its delivery. The March pre-election announcement by MacLauchlan to provide this vital service was, for some, a ray of hope. But on review, it revealed a large public investment into Bell and Xplornet corporations, overlooking Island companies capable of providing local service at competitive rates.

The March announcement of rural high-speed internet was one of a long series of tantalizing promises resulting in dashed hopes since 2007. The repetitive pledge to Islanders as we continued to struggle waiting for this modern communication tool was met with a healthy degree of skepticism.

Bell Canada and Xplornet were named the internet service providers while yet the “province is finalizing agreements.” Local providers say that the RFP process was not followed properly and should be set aside.

The previous government itself had rejected its own proposal for the same type of mixed service Sept. 10, 2018 as being inadequate. The MacLauchlan government then embraced the plan, albeit with mostly federal tax dollars. The arrangement with Bell, if approved by the new government, would allow unregulated rate payer fees unhampered by competitive alternatives.

Although a fibre line has been in place for more than a decade from Tignish to points east of Souris, and government offices have enjoyed access to its associated high speed, the majority of rural Islanders have had to make do with less reliable internet service. Apparently Bell, with the support of the defeated government, has blocked access to rural fibre over the past 10 years.

One would expect that with the significant public investment into this “government funded, privately owned” operation, that guarantees would be put in place to ensure that the monopoly providing this public utility would deliver quality service at a fixed, affordable cost to consumers.

The previous government’s announcement lacked measures to protect rate payers. Other privately owned public utilities, such as our electric power supplier, must have price hikes reviewed by the Island Regulatory and Appeals Commission (IRAC). Internet costs are tethered in other provinces by fair competition, as in Alberta which has SuperNet, allowing internet service providers (existing or new) access to the network at competitive prices. Comparable arrangements exist in Nova Scotia, which is currently in a robust process where eight companies have qualified to make offers and the province has set aside targeted financial investment, and made it clear that everyone will play under the same rules.

Privacy of information is a concern with Bell Canada since the company’s recently expressed intent (The Canadian Press, January 7, 2019) to gather and track customer data which could be sold to advertisers.

The past government has had close relationship with Bell Canada, despite the failure of previous commitments to deliver needed high speed internet at an affordable price to rural Islanders, then back peddled on fibre internet to all parts of the province, and this was disappointing.

We now hope the King government will find a better way and provide fibre internet to all Islanders at a competitive, affordable cost, as is available in other parts of Canada. Minister Matthew MacKay, now in charge of this portfolio, can learn from past mistakes, and run a new RFP instead of the tainted one of the prior government, allowing local companies to demonstrate what they can do for Islanders. 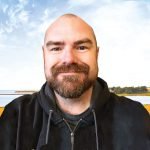